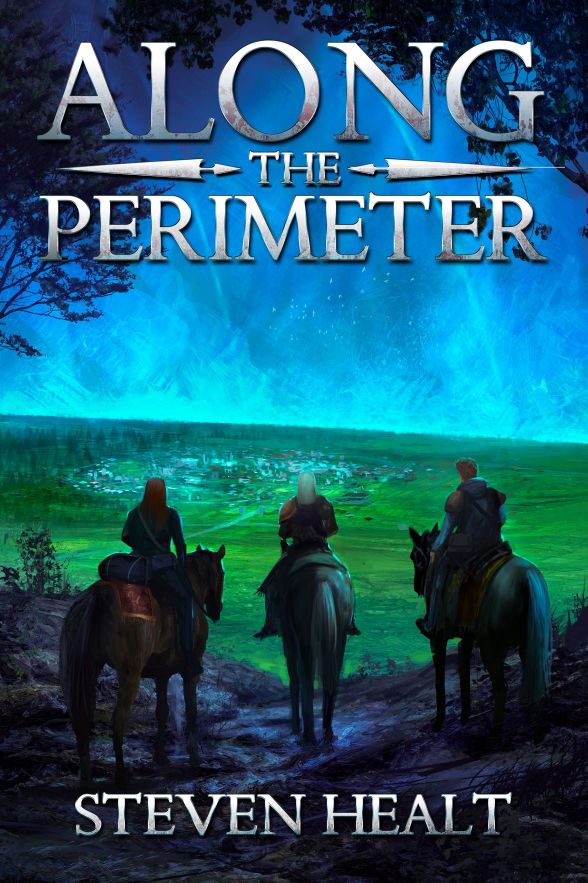 I’m a judge for the Self-Published Science Fiction Contest (SPSFC), and wanted to spotlight some of the authors in the contest! Steven Healt wrote Along the Perimeter, a book I quite enjoyed early in the contest. Check out my review.

How did you get into speculative fiction?

My interest in speculative fiction started with Star Wars and Lord of the Rings. I watched Empire Strikes Back countless times as a kid, especially the Hoth scenes. I saw the Lord of the Rings in the theater and read the Hobbit in middle school. Robert Jordan’s Wheel of Time was the thing that made me take my writing seriously and then eventually begin down the path of self-publishing.

Star Wars definitely started my own journey for science fiction, too! The first time I saw any of it was walking in on Return of the Jedi partway through at my uncle’s house, and seeing Jabba’s palace with Boba Fett. I was obsessed. It’s interesting you mention Wheel of Time. I thought your first book, “Along the Perimeter” has that kind of epic feel of “Eye of the World”–a lived-in universe with secrets all over.

“Along the Perimeter” has a kind of sneakily science fantasy feel to it. The world feels like this big epic fantasy world, but it’s almost all contained within the Perimeter, other than those who live out in the Haze. How did you come up with your worldbuilding ideas?

The foundational idea for the Amboy Series came to me while I was driving back to college after visiting my parents. There’s dozens of small, single stop light sort of towns along the way and one time I was thinking what if the area that this town took up was the only habitable place on the planet? From there I started asking the why’s, how’s and who’s of it all.

I love how small towns were the inspiration for what reads as a pretty expansive world! What made you decide to integrate that with science fiction elements like aliens and give it a fantasy feel?

The combination of aliens and fantasy actually came from pieces of another story idea I had floating around in my head. It was about this village who had to give natural resources as offerings to a shrine, which turns out to be a delivery system that provides for an advanced civilization that had used up all of their homeworld’s resources.

I took that idea of the power dynamic of a group of defied individuals ruling over a larger population, and combined it with the idea of the small habitable zone surrounded by a hostile environment. That’s how many of my stories come about: I have a few pieces of something floating around in my mind and eventually they coalesce into something greater.

The Amboy series is at 2 books currently, with a third on the way. How many books do you have planned in the series, and when can readers expect the next? Do you have any other projects planned?

I’ve actually just locked in time with my editor to look over the manuscript for the third installment of the series. I haven’t settled on a firm date yet, but I’m expecting to release book three later this year. I’ve got three more books outlined and unless I get carried away I see the series wrapping up with book six.

As for future projects, I’ve been working on a fantasy series for about a year or so. I’ll be focusing on once I’ve finished the Amboy Series. I’m really looking forward to getting that out to readers.

I know I am looking forward to book three! For our readers, where can you be found/what links do you want to share/etc.?

I’m working on finalizing an author website where readers will be able to stay up to date with my works in progress and book related things. For the time being you can follow me on my Instagram page, I post fairly often about writing and what I’ve been up to in general. I can also be found on Twitter.

Both books of the Amboy series, Along the Perimeter and Haze and Shadow can be found on Amazon and are free on Kindle Unlimited!

All links to Amazon are Affiliates