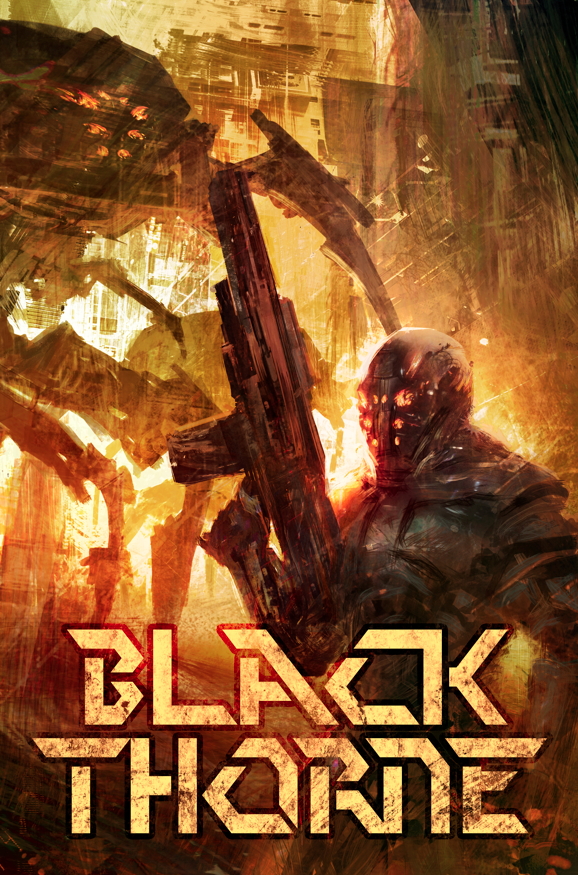 I’m a judge for the Self-Published Science Fiction Contest (SPSFC), and wanted to spotlight some of the authors in the contest.

Here, we’ll be interviewing Clayton Snyder, author of Blackthorne and many other works, including co-authoring the SPFBO Finalist, Norylska Groans.

What was your gateway into speculative fiction? What lead you to write it?

I’d say my gateway at the earliest age was Grimm’s Fairy Tales. My mother bought me the big bound version, and I used to read it on a regular basis. As far as writing it, it wasn’t until I read Zelazny’s Amber series I thought it was possible. He had such a facility for painting a picture in small strokes. For whatever reason, that opened the craft for me. I could see how the sausage was made, so to speak, and loved the idea that writing wasn’t this opaque wall, but a window I could see into and subsequently learn from. It also helped that something about Amber really captured my imagination and made me want to spin out worlds of my own.

Zelazny certainly had an impact on many readers! His “Lord of Light” is among my personal favorites. “Blackthorne” is your entry for the SPSFC2, and one of the first thing I noticed is the theme of some darker magic combined with cyberpunk ideas. What inspired you to bring a kind of necromancy over to science fiction?

Honestly, I’ve always loved that idea of magic mixing with tech. I had my first taste of it through RPGs like Shadowrun and Rifts, and the early Pern novels to Final Fantasy. I’ve always kind of figured if I’m going to write speculative fiction, why not go for broke.

What else did you draw on to inspire “Blackthorne”? Can readers expect a sequel?

Movies. Action flicks, specifically. The Rock, a little bit of Blade Runner, some Conan, etc. I will be working on a sequel next year, as I’ve had more than a couple readers threaten me with unrelenting positivity towards this novel. In the interim, I’m working on a more traditional cyberpunk noir.

Your novel, “Norylska Groans” was co-written with Michael Fletcher, another semifinalist from our group! What’s it been like being in the SPSFC with your coauthor?

Fun. Mike and I get along really well, and in this case it’s less friendly competition and more of us cheering each other on. I figure as long as I stay positive for him, he’ll never see the assassins coming.

Your library of works includes westerns, fantasy, and science fiction. What has led you to incorporate a grimdark flare into the genres you’re writing?

I’m a weird mix of optimist and cynic, and I mostly write about the terrible things we do to each other, but as cautionary tales. The idea that there’s hope, but only if we’re willing to open our eyes and see the things we’re capable of and turn away from those paths.

Awesome! Glad you’re having a good time in the contest! Where can my readers find you?

I’m really only on Twitter at the moment, but I do have a website as well: @claytonsnyder2 claytonwsnyder.com. I can also be found on Amazon.

Thank you for your time! Good luck in the contest!

All links to Amazon are Affiliates