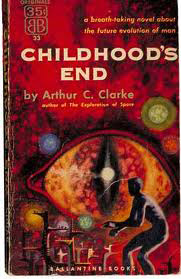 I’m a huge science fiction fan, but realize I haven’t read a lot of those works considered classics or greats. I decided to remedy that, and found a list online of the Top 100 Science Fiction Books. The list is determined by vote from sci-fi fans online, so it may change over time. I am going off the order of the list as it was when I first saw it. Each book will receive a grade between F and A+ as well as very brief comments. I’m interested to read what you think about these books as well. There will be very minor spoilers in some of these.

16. The Forever War by Joe Haldeman Grade: A-
“As interesting for its historical context as it is for the plot that fills the pages, The Forever War is speculative fiction to the extreme. What happens ‘back home’ while soldiers are off at war? Who changes more: the soldiers or those sent to protect them? When will wars end and why? Haldeman constructed a classic. My main complaint is that for all of its grand speculation, the core of the plot is somewhat lackluster compared to later, similar efforts.”

17. Brave New World by Alduous Huxley A-
“Full of chilling moments of utter carelessness, Huxley’s book is eerily prophetic while remaining utterly ‘other.’ It has a sense of foreboding strangeness about it that I cannot shake off. Better than a lot of dystopias that have come out since.”

18. The Time Machine by H.G. Wells Grade: B
“The Time Machine is a great read told in a somewhat archaic style. I enjoyed the interplay of fiction and speculation about philosophy. The main complaint against it is, again, the delivery, which is almost entirely a monologue of one person telling everyone else what happened.”

19. Childhood’s End by Arthur C. Clarke Grade: A
“I saw the SyFy [*shudders at spelling*] miniseries before I read this book. I liked the series quite a bit, and the book was even better. It’s unexpected and haunting. It is bleak. It questions everything. An excellent work, that challenges raders to think about what it means to have hope in humanity–or not.”

20. The Moon is a Harsh Mistress by Robert A. Heinlein Grade: B-
“I wanted to enjoy this book more than I did. It was enjoyable, but the style dragged it down somewhat. It felt very matter-of-fact about even the most intense moments of the book. It’s not as beautiful as Stranger in a Strange Land nor as challenging as Starship Troopers. It’s still enjoyable, but the whole plot felt predictable. It lacked the excitement that comes with many other science fiction books. Not bad, certainly, but neither is it spectacular.”

Reading through the [Alleged] Best 100 Science Fiction Books- Check out more posts in this series as I continue.