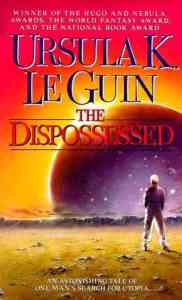 46. Red Mars by Kim Stanley Robinson Grade: B-
“It reads a little like a poor folk’s Ben Bova. The trappings of hard science fiction are all present, but it never quite hits its stride with characterization, nor does it quite live up to its own lofty scope. At times, it is amazing. At others, it is bogged down with ever-increasing broadening of scope. I think the main problem here is that the book feels like an attempt to combine space opera and hard science fiction, and while I’ve enjoyed such a combination, it does not work as well here. But it has enough going for it to make it worth the read, regardless.”

47. A Clockwork Orange by Anthony Burgess Grade: C-
“Do you mind trying to figure out slang? If so, don’t read this. At first it is very difficult to get into due to the word-swapping that is used throughout the book, but it eases up as you begin to understand what’s happening. It is relentlessly violent and dark, with very little hope until the very last chapter. Even there, though, it’s hardly enough. The whole thing seems kind of pointless after a while, to be honest. It’s not bad, but it’s not very good either.”

48. Time Enough for Love by Robert A. Heinlein Grade: F
“What the hell did I just read? Heinlein went off the deep end. Basically he just wanted to write an attack on religious sexual mores, but he did so in a way that seemed to combine crudeness, disgust, and a kind of remarkably naive misogyny into one confused, awful mess. Indeed, he basically admits that the book is an attack on any kind of sexual code as he, through the main character, writes that ”’incest” was a religious concept, not a scientific one… the last twenty years had washed away in his mind almost the last trace of his tribal taboo.’ Sin is similarly chalked up not as wrongdoing or evil but as a tired, backward way of looking at the world. Yep, incest is a-ok in Heinlein’s book, or at least that of his protagonist. Not only that, but those silly religious people and their ideas of not having sexual thoughts about very young minors, not sleeping with your sibling/parent, etc. Oh yeah, but let’s not forget that this is all couched in decidedly 1940s/50s concepts of male-female relations, such that it is accompanied by a not-so-subtle male-dominance matrix.  Forward thinking? not so much. Terrible, terrible book.”

49. The Dispossessed by Ursula K. Le Guin Grade: A-
“Ever read a book that makes you think… a lot? No? Well, pick this one up. Ursula K. Le Guin sketches out a remarkably detailed anarchist society, while pitting its pseudo-utopian problems alongside problems with capitalism and socialism. It’s really well done and incredibly deep. She also explores the question of how much our upbringing can cloud our thoughts regarding being self-critical and analyzing our own views. Why not the highest possible score? Because other than the main character, an intriguing scientist with a good amount of depth, every other character is exactly what you might expect. They’re created purely for the sake of the plot. A great book, but not totally transcendent.”

50. The End of Eternity by Isaac Asimov Grade: C-
“Asimov again shows that he is more interested in ideas than execution. The novel spends almost as much time talking about scientific theory as it does giving readers a sense of the world around themselves. Like each Asimov book I’ve read on this list so far, I see the sparks that would make many readers fall in love, but as someone who enjoys well-written characters, the paper-thin motivation used throughout this novel falls flat. It’s as much a treatise as a novel, but not in a good way.”