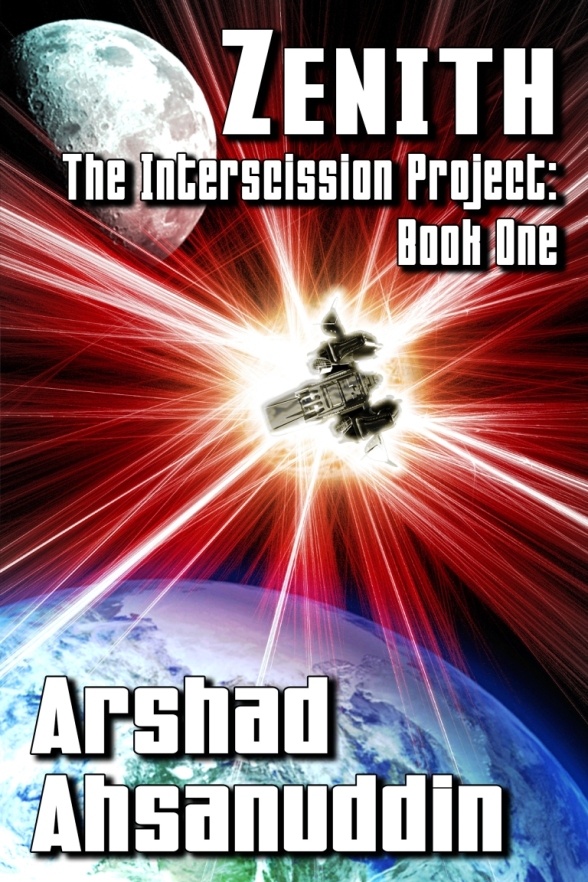 Zenith: The Interscission Project- Book One by Arshad Ahsanuddin

When my group, Team Red Stars, was doing its initial sampling of this book, I was somewhat put off by having it so clearly sell itself as a space opera, when it didn’t read like that at all. It went on to my personal “no” stack, but ended up in our quarterfinalists. I’m glad it did, because it has some serious strengths, but it also has some weaknesses that keep it from being great in my opinion.

Zenith is set something like 100 years in the future. For all that, many of the scenes read as if they’re domestic scenes from the present day. Whether it’s characters casually moving sacks of groceries around, cooking dinner in the same fashion as we do now, or having beds on spaceships that don’t seem to have noticeable differences, I admit I felt a constant annoyance at the lack of many contrivances for technology. I get the idea of not innovating for the sake of innovation, but at some point I think that as a reader, I should have had some discernible moments where the book told me “yes, this is the future” with some startling tech. Instead, everything was mundane, as if the next century is going to go on in stasis, with the only real innovations happening in space travel.

Going along with that, the main plot wasn’t engaging. A spaceship is developed and a motley crew is assembled to send it on its maiden voyage. Behind the scenes, there’s much more to the technology. I was intrigued by finding out more about some of the plot developments, but not enough is revealed in this entry. It’s almost as though the author is holding back on the reveals, but doesn’t give the readers the insights they need to see where things may be going.

All of this may make it seem like I didn’t enjoy the book at all. That would be wrong, because despite the problems I listed, the core character interactions are pretty excellent. There is quite a bit of romance here, and much of it is queer romance. Going along with that, there are genuine moments of true character development for all the main characters, and even a surprisingly thought-provoking take on the differences between physical attraction and love. I wanted to see more of these characters, and if I were to continue the series, they would be the reason why.

Zenith is not at all a bad book. It’s just decidedly in the “not for me” category based on the problems I outlined above. That said, it has serious strength in the sense of great characters and some thoughtful moments. Fans of character-driven sci-fi with an interest on queer representation should definitely take a look.

All Links to Amazon are Affiliates